In the recently concluded Annual Conference hosted by the Sheffield Political Economy Research Institute (SPERI), I presented a paper on labour politics in oil-rich states. Our paper, co-authored with Håvard Haarstad and Andrew Lawrence, explores the theoretical significance of non-state actors in shaping governance arrangements in oil-rich economies. Given the resurgence of social conflicts in mining and energy industries, it is vital to rethink about the role of organised labour in shaping what we call the ‘state-society bargain over oil’ – or the ‘pact’ among citizens, unions, companies and states that governs the distribution of risks, losses, and benefits. There is sparse material that links political economy of resource [oil] wealth and democratisation. On the one hand, academic scholarship on civil society conflicts focusses on their relationship with state actors, notably the recent work of Markus Kroger on the politics of dispossession as a means of mobilising local actors as well as by Håvard Haarstad on the new politics of claiming rights in the context of the Andean region. Importantly, there are several books on indigenous politics and extractive industries in Latin America, for example the selection of case studies in Barry Cannon and Peadar Kirby, the rising challenge of indigenous communities against resource extraction as documented by Suzana Sawyer and Terence Gomez, and the broader significance of these movements’ critique to development discourses as outlined by Anthony Oliver-Smith. However, none of these have given sufficient attention to labour unions as a legtimate actor able to shape politics and the economy more broadly. This is, of course, quite striking given that oil workers are comparable to the social power exercised by coal workers in the nineteenth century. In Timothy Mitchell’s Carbon Democracy, he argues that the oil workers’ organisational capacity and bargaining power are incredibly effective because of the point resource nature of oil. That is, oil is a vital resource that is vulnerable to expressions of contention; even minor attempts at disrupting its production, distribution and consumption will have extensive economic and political effects.

On the other hand, the flurry of writing on the political economy of oil narrowly focusses on the feedback effects of oil wealth in strengthening authoritarian control among the oil-rich countries. The ‘oil leads to authoritarianism’ hypothesis, which Michael Ross reinforced in his latest book Oil Curse, has dominated policy and academic arguments. In this light, our paper questions and critiques this argument and suggests that oil wealth is more contingent – it can have some authoritarian tendencies but some societies are also able to forge democratic consensus through oil rents. As Thad Dunning points out, we can observe authoritarianism when rents are allocated to enforce repressive measures and use violence as a means of sustaining state control over the industry. This literature, which is increasingly being referred to as petro-aggression, needs to be unpacked and consider the new evidence in light of how emerging oil countries are managing their resource wealth for development. However, as I argued in our book chapter on citizenship and natural resource governance, there are alternative pathways upon which civil society groups can compel state authorities to become politically accountable. In other words, democratisation is a possible outcome given specific configurations of power, politics, and interest aggregation. 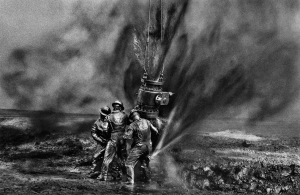 Our intervention in this debate, however, is to refocus the discussion on the importance of non-elites in shaping oil politics. Its starting point, we suggest, is to emphasise the peculiar characteristics of the oil industry. Whilst neoliberalism swept almost every country, region, and sector in terms of inscribing the power of the market over the state, the oil industry has been – by and large – insulated from these changes. Privatisation failed to dismantle national oil companies; market opening policies equally had limited effects in so far as breaking state monopolies in the sector. Crucially, in many oil-producing countries, labour power is potentially a destabilising factor, and for this reason, many authoritarian states have either co-opted labour or used coercion to tame their militancy. Oil workers’ social and structural power are so potent that it could shift state policy in favour of labour unions, or indeed, protect workers from the socio-economic consequences of market restructuring. They also negotiate their political and economic demands with national oil companies, subjecting oil countries in highly corporatist arrangements.

In order to move towards a more contingent and nuanced explanation about the impact of labour power in state-society bargains in oil economies, our paper sought to analyse three cases where oil unions have had some degree of influence over political negotiations. But we recognise, firstly, that the extent to which organised labour can shape trajectories of state-society relations is historically contingent upon prior institutional contexts. In other words, the actual influence of oil workers in oil-exporting countries is highly variable. We emphasise the choice of workers to engage in contestation and qualitative bargaining, rather than politics as usual, at the moment when oil production attains political salience matters. When oil workers mobilise around issues of workplace control and organising rights whilst politicising the way in which oil revenues are spent, they become political actors, thereby transforming their prior associational and structural power into a major force in politics. 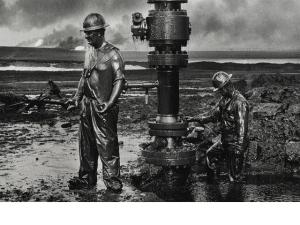 The research strategy is to compare the trajectories of state-labour relations in countries where oil plays a role of comparable domestic importance (as distinct from its relative clout as global market exporters), but with quite differentiated  political bargains between elites and oil workers. For this reason, we chose Brazil, Norway and Nigeria as case studies to illustrate our theoretical point. In Norway and Brazil, state-led corporatism with unions demonstrate increasing political autonomy and influence over state-society pacts during oil production. Nigeria, by contrast, illustrates the profound legacies of fragmented state building in eroding the mobilising strength of oil workers.

Across all cases, oil workers have shown strength in mobilisational capacity, maintaining membership and sustaining strike activities against oil firms despite anti-union measures. Put differently, labour power results from strategic interactions with states, oil capital and workers. What shape the strategic interactions, however, can be attributed to two specific factors: (a) initial conditions of state-building and legacies of labour organising produce divergent outcomes in political development; and (b) the timing of collective labour organising with respect to oil production, which explains how workers’ mobilisational capacity and social power become critical at certain points in history. In Brazil and Norway, political corporatism prevalent prior to oil discovery had given the oil workers some space to seek for the state to institutionalise collective rights and secure working standards to avoid deaths and health hazards in the sector. In Nigeria, the weakness of the state and the exogenous pressures from multinational capital meant the labour movement had far fewer resources in bargaining with states and oil capital. Worse, despite nearly fifty years of oil extraction during the twentieth century, Nigerian unions failed to secure universal basic recognition. The paper goes in detail analysing how these two factors influenced the political outcomes in the three countries.

Overall, initial conditions of state capacity and workers’ power prior to oil discovery can durably influence state-society bargain over oil, and these bargains, in turn shape patterns of rent appropriation and distribution. State-building is consequential to the political openings available to workers, but their success in influencing outcomes is driven by the relative organisational capacity of unions prior to critical junctures. Ultimately, we argue that oil and democratization have contingent relationships, with some workers having more favourable conditions than others.

Whilst the literature on oil politics suggest political outcomes as driven by path dependency, we move this argument forward by suggesting that initial conditions of state building and the relative mobilising capacity of non-state actors (oil workers) shape political trajectories of oil-based societies. Following my previous blog, this paper concretely opens up a new research agenda linking state formation, prior conditions of development, and the relative capacity of societal actors as important variables in explaining political development in oil-rich states. Our efforts hopefully contribute towards unpacking the rentier state theory and recognise the quite varied political processes in oil-rich societies. Although oil does not necessarily or naturally lead to durable authoritarian regimes, existing studies ignore the relative influence of labour in shaping the political arena. This research is a minor contribution in attending to these issues.